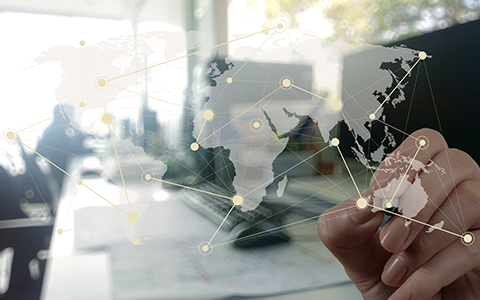 The dynamics of the international security environment and the insecurity climate in our Eastern neighborhood and in the Middle East amplify the risks posed to Romania’s national security. Asymmetric threats such as organized crime, as well as the proliferation of conventional or mass destruction weapons, are transnational by nature.

Along with its national and international partners, the Romanian Intelligence Service shares responsibilities in preventing and countering these asymmetric, real and dynamic threats which affect the security interests of Romania, its social climate and the welfare of its citizens.

We act in order to prevent and counter national security threats from organized crime networks that are interested in reaping benefits of illegal migration, drug trafficking, cyber-crimes, large scale tax evasion or smuggling. Such activities are meant to support underground economy.

Our purpose is to identify threats, risks and vulnerabilities to national security and timely warn legal beneficiaries so that they can adopt adequatepolicies and measures according to their field of competency aimed at keeping within bounds illegal activities and at protecting Romania’s interests and those of its citizens.

Given that Romania is a signatory to international treaties and conventions, we are also part of the inter-institutional mechanism that helps Romania observe its commitments with regard to the international sanctions also on limiting the proliferation of mass destruction and conventional weapons.

We act in order to counter the activities of national or foreign entities involved in ensuring the transfer of military technology or conventional weapons to third countries under international embargo.

We cooperate both with other security and public order institutions, as well as with our foreign partners in order to protect Romanian citizens, Romania’s security interests and in order to consolidate the regional and international security climate.