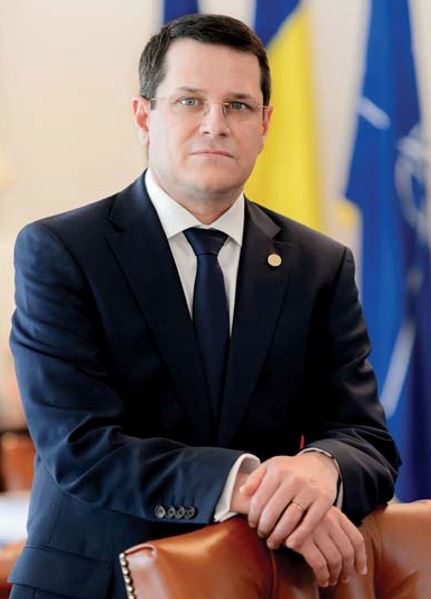 Our mission is to contribute to the national security of Romania, in a world that is no longer predictable or safe. The attacks in the heart of Europe, the Ukrainian conflict and increasing migration flows in areas marked by deep insecurity have revealed the risks to which every citizen is directly exposed, become itself the potential target of violent threats. Considering this reality, the citizen not longer has the classic role of security consumer, but can and must become an active participant in achieving security. Incidentally, this is the essence of the new strategic vision of SRI, designed to ensure the natural connection between SRI and the Romanian society in order to achieve the goal of extended security.

The key aspects of this partnership are alike excellence and public communication. A communication effort and an increased in transparency is needed on the part of SRI. We have the obligation to guarantee the balance between security imperatives and human rights, in line with democratic standards.

Excellence in activity involves correlating missions, objectives and priorities with the dynamics of the security environment, the pursuit of the highest standards of performance and resource optimization, in order to develop the decision making for the legal beneficiaries of the information provided by SRI.

The Service's efforts will continue also in the future to be devoted to countering threats to national security that are associated with corruption, and to identify and report dysfunction in large public systems, with direct impact on quality of life.

In close connection with the issue of corruption, we tachel also the issue regarding the fight against organized crime and address the security risks of economic management, in particular large-scale tax evasion and dysfunctions in accessing European funds. In the face of crime, according to legal responsibilities, we will closely monitor the transboundary crime circuits that are affecting the country's image and credibility.

The fight against terrorism remains a priority for the The Service, which will act to identify and neutralize the actions of all those engaged in risky activities and discourage radical proselytism, including online.

Preventing the influence of state decisions and protecting classified information against hostile information actions are also major concerns of the Service in its counter intelligence activity.

Cyber security is one of the area in which SRI had been noted at an Euro-Atlantic level through the professionalism of its specialists, meaning the service will strengthen its regional pivotal role that he won in this area essential for the digital age.

SRI agenda carries inevitably the mark of the regional context, taking into account the growing aggressiveness of the state and non-state actors in the wider Black Sea, of the potentiation of policy valences of the current extremist and, not least, the amplification of migration flows close to Romania .

In addressing these challenges we rely on an intensive cooperation with internal and external partners in the intelligence community and all the institutions responsible for security.

Also, we have the same concern for the development and deepening of the cooperation with academia from Romania and abroad on the line of human resource training and refining the knowledge fund we hold in order to optimize the Service Analysis and Forecast capabilities.

Many of the elements reunited in this vision are coordinated by continuity, normal and necessary in the logic of any information service. The emphasis is placed on targeting the intelligence mission on serving the citizen is an effort of coordinating our goals to the realities that we need to manage and to the progress of the Romanian democratic society.

I consider it my duty as Director, to make sure that in the coming period, the Romanian Intelligence Service will adapt pragmatic courses of action in relation to environmental security challenges pursuing the professional excellence and strengthening institutional transparency, through a strategyc optimization and systemic efficiency.

The Director of the Romania Intelligence Service